According to the flesh. Law & boasting. It’s enough to believe. Grace vs. works.

ACCORDING TO THE FLESH

"1What then shall we say that Abraham, our ancestor according to the flesh, has discovered regarding this matter?" (Romans 4:1)
We closed chapter 3 at verse 31 which says: "Do we then nullify the law through faith? Absolutely not! Instead we uphold the law." At that time, it was clear to us that upholding the law meant imparting the lesson that the law was never intended to make a person flawless enough to please God via their obedience, but rather to demonstrate that they could never do so.

The matter of receiving a righteousness judgement from God is referred to as “this matter” in verse 1 above. What has Abraham done to deserve this righteousness from the perspective of the “flesh”? The correct answer should be: nothing. None of Abraham’s works will count toward righteousness. This question was brought up by Paul as a lead-in to the points he will make later regarding the pointlessness of relying on the deeds of the law to be approved by God.

“2For if Abraham was declared righteous by the works of the law, he has something to boast about - but not before God.” (Romans 4:2)

Law observance and boasting are inextricably linked. Anyone who relies on the law’s works to approach God will unavoidably “boast” in themselves. However, such boasting is wholly incompatible with Christian living since you have absolutely no reason to boast if salvation is a free gift from God and demands nothing of you other than to believe in the One God has sent.

Abraham has nothing to boast about because he was declared righteous entirely by faith in God and not at all by the works of the law, as we will see in the next verse 3 below.

“3For what does the scripture say? “Abraham believed God, and it was credited to him as righteousness.” (Romans 4:3)

What about other places in the Bible that praise Abraham for all the great things he did?

8By faith Abraham, when he was called to go out into a place which he should after receive for an inheritance, obeyed; and he went out, not knowing whither he went. 9By faith he sojourned in the land of promise, as in a strange country, dwelling in tabernacles with Isaac and Jacob, the heirs with him of the same promise: 10For he looked for a city which hath foundations, whose builder and maker is God. 11Through faith also Sara herself received strength to conceive seed, and was delivered of a child when she was past age, because she judged him faithful who had promised. (Hebrews 11:8-11)

What if Abraham didn’t carry out any of the aforementioned actions? Would the absence of any of these make his faith invalid? However, according to the Bible, Abraham’s faith in God was credited to him as righteousness. Doesn’t that sound too wonderful to be true? I can accept this because God says so, in contrast to all the other things that could seem too good to be true. I can quote from a hundred more texts that declare that faith alone in Christ is all you need to be accepted by God, despite the fact that I have only located a handful of verses in the Bible that specifically state that faith must be followed by works. I decide to hold fast to what the vast majority of Scripture teaches.

If your faith had to be backed up by deeds, you would be trapped in a pit without ever seeing the promised land. I think that once a person has a connection with Christ through faith, works follow. Your post-salvation works are not the result of your own initiative, but rather of God’s deliberate planning on your behalf. So, you’re not allowed to brag about whatever you do.

For we are his workmanship, having been created in Christ Jesus for good works that God prepared beforehand so we may do them. (Ephesians 2:10)

If your salvation or righteousness is contingent on a certain level of performance, namely your works, then it is an exchange of your effort for something of great value. However, this is a false hope because you believe your works will earn you salvation. That is not how it works. As a means of salvation, God disregards all efforts except faith in his Son.

Works are not accepted currency in God’s economy. Especially when it comes to your attempt to buy God’s Son’s death on the cross. It is so valuable that it can only be given and received for free.

8For by grace you are saved through faith, and this is not from yourselves, it is the gift of God; 9it is not from works, so that no one can boast. (Ephesians 2:8-9)

When I had the opportunity to lead this Sunday School class on this same passage in Romans exactly 7 years ago, I was apprehensive when I came across the phrase “to the one who does not work, but believes.” This is blasphemy. How can you be declared righteous if you don’t put in any effort? And I beat around the bushes, attempting to explain the meaning of “does not work,” as if God was saying something erroneous and I needed to defend him.

There is no reason to apologize on behalf of God. He did say “does not work,” and as God, he says what he means. 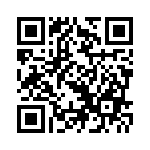