No one righteous. Every mouth silenced. Justified freely apart from the law. Where, then, is boasting? We uphold the law. 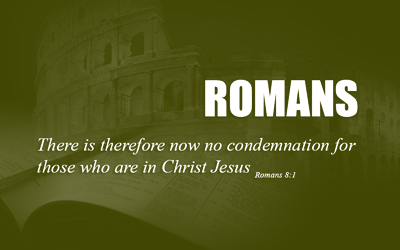 Romans 3:9, which states that “Jews and Greeks alike are all under sin,” served as the conclusion of our previous bible study. Here, verses 10 through 18 illustrate the depth of humankind’s sins in more detail. Paul is not speaking of “them,” but of all of us, whether you are a Jew or a Greek, a member of a church or not. He covers every end of the human spectrum, from the best to the worst. Nobody is left out.

As I guided my Sunday school class, I had a hunch that most believed Paul was referring to sinners in the outside world. But nothing is more false than that. He is referring to the readers of this chapter specifically. We are all composed of the materials he is describing. We don’t all look for God. We’ve all turned away and lost all value. Our throats serve as open graves. With our tongues, we lie. And so it continues.

Why is it the case? “There is no one righteous, not even one,” it says in Scripture.

“19Now we know that whatever the law says, it says to those who are under the law, so that every mouth may be silenced and the whole world may be held accountable to God. 20For no one is declared righteous before him by the works of the law, for through the law comes the knowledge of sin.” (Romans 3:19-20)

The widely held belief on the function of the law is that it improves people. You eventually grow more sanctified because it helps you distinguish between good and evil. But this is a misunderstanding of the function of the law. It’s not meant to help you accomplish any of the aforementioned goals; rather, it’s meant to highlight your sinfulness and how short of God’s glory you truly are.

If the law is successful in accomplishing its purpose in your life, it acts as a mirror that shows who you really are: “because through the law comes the knowledge of sin.” Since the Garden of Eden and the Ten Commandments, such has been the aim of the law. Every one of us has been guilty of misusing the law.

This should put an end to any attempts to justify oneself using the law: “every mouth may be silenced.”

JUSTIFIED FREELY APART FROM THE LAW

“21But now apart from the law the righteousness of God (which is attested by the law and the prophets) has been disclosed - 22namely, the righteousness of God through the faithfulness of Jesus Christ for all who believe. For there is no distinction, 23for all have sinned and fall short of the glory of God. 24But they are justified freely by his grace through the redemption that is in Christ Jesus. 25God publicly displayed him at his death as the mercy seat accessible through faith. This was to demonstrate his righteousness, because God in his forbearance had passed over the sins previously committed. 26This was also to demonstrate his righteousness in the present time, so that he would be just and the justifier of the one who lives because of Jesus’ faithfulness.” (Romans 3:21-26)

The degree of acceptability to a certain audience is what is meant by righteousness. For a Christian, it refers to acceptance by God. However, Philippians 3:9 states that there are two different types of righteousness: my own self-righteousness, which results from upholding the law, and the righteousness of God, which is made available to us through faith in Christ. A Christian should pursue God’s righteousness because it is the only righteousness that has eternal significance.

Years ago, when I didn’t know as much about the New Covenant as I do now, a fellow Christian in our church challenged me, saying that God’s righteousness is the same as the law and that grace somehow contradicts the law. They believed that since the law is the truth, and Jesus is full of grace and truth, he desires that you live under both grace and the law. I was at a loss. How could I possibly contest that?

Now that I am wiser. The law is there to teach you there is no way you can be in God’s presence, and righteousness is when God sees you as perfect enough to be there. This Christian must enroll in this class at this time since Galatians 5:4 issues a strong caution regarding this:

You who are trying to be declared righteous by the law have been alienated from Christ; you have fallen away from grace! (Galatians 5:4)

If the law is effective in a person’s life, such as the person in the preceding example, it would have led them to the same spot where Isaiah encountered God in the temple:

Then said I, Woe is me! for I am undone; because I am a man of unclean lips, and I dwell in the midst of a people of unclean lips: for mine eyes have seen the King, the Lord of hosts. (Isaiah 6:5)

The law exposes your sinfulness, not your righteousness.

WHERE, THEN, IS BOASTING?

“27Where, then, is boasting?It is excluded! By what principle? Of works? No, but by the principle of faith! 28For we consider that a person is declared righteous by faith apart from the works of the law. 29Or is God the God of the Jews only? Is he not the God of the Gentiles too? Yes, of the Gentiles too! 30Since God is one, he will justify the circumcised by faith and the uncircumcised through faith.” (Romans 3:27-30)

When someone lives their life in accordance with the law, they will unavoidably compare themselves to others and either give in to boasting or an inferiority complex.

Why is bragging not permitted? This is the case because God grants you righteousness while excluding the law. When you approach God in reliance on your faith in God’s love and mercy, there is no room for boasting. God is adamant that the cross’s work is the only source of your righteousness.

WE UPHOLD THE LAW

“31Do we then nullify the law through faith? Absolutely not! Instead we uphold the law.” (Romans 3:31)

Paul can be accused of negating the law because of how much he teaches about faith. These same folks are misinformed about the function of the law. They believe that upholding the law entails keeping all the commandments. However, as we previously learned in verse 20, the purpose of the law is to expose the absolute depravity of those who follow it. When you feel sanctified and proud of yourself for upholding the law, you are the one who breaks it, because it’s purpose is to reveal sins (Romans 3:20). However, when the law looks us in the eye and we raise our hands in surrender and cry, “Woe is me, for I am undone,” (Isaiah 6:5), we are the ones who uphold the law.

Faith comes after the law. Only after the law has eliminated all hope that a person may depend on their obedience to achieve God’s righteousness will faith begin to grow. As a result, faith does not make the law invalid; rather, it only emerges when individuals are sufficiently alarmed by the brutality of the law, much like the humans and animals that were present at the foot of Mount Sinai when Moses brought down the two stone tablets. 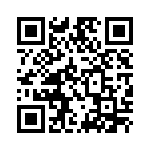