All men are under judgement. Lawkeepers are judgemental, and they will be judged by the very law they uphold. God’s kindness that leads you to repentance. Unrepentance = not submitting to salvation through Christ. All will be judged according to the law or to grace. All Gentiles who live under the moral law in their hearts are condemned. All Jews under Mosaic Law are condemned.

All men are under judgement

Who are these folks that Paul is writing about? Whoever they are, Paul is saying they will be judged according to the same standard on which they judge others; and all who judge others, are doing exactly the same thing.
This is a sweeping condemnation of all men. No exception.

God’s kindness that leads you to repentance

4Or do you have contempt for the wealth of his kindness, forbearance, and patience, and yet do not know that Godʼs kindness leads you to repentance?

What that leads us to repentance is God's grace and mercies. The type of persons that appreciate God's grace and mercies are those that know that they belong to the wrong end of God's justice, they know that they're sinners and they don't dare to play the role of judges. On the other hand, those that think they have a handle on God's laws, do not feel they need His kindness, forbearance, and patience. We see both of these kinds of people during Jesus' time. These very same people may be sitting in the Roman pews, and though many of them are Gentiles, they made the same fatal mistake thinking that law observances can bring them God's righteousness.

Unrepentance = not submitting to salvation through Christ

5But because of your stubbornness and your unrepentant heart, you are storing up wrath for yourselves in the day of wrath, when Godʼs righteous judgment is revealed! (Romans 2:5)

The unrepentant heart here is the same as those at the time of Jesus, instead of submitting to the only means of their salvation: relying on nothing but Christ, they insisted on other means which expresses itself through judgemental attitude. But this doesn’t just happen in the church at Rome, so did it at Galatia: “For all who rely on the works of the law are under a curse, as it is written: “Cursed is everyone who does not continue to do everything written in the Book of the Law.” (Galatians 3:10) Those who rely on the works of the law tend to be judgemental, because they have to be constantly judged by the law.

You will be judged according to the law or to grace

6He will reward each one according to his works: 7eternal life to those who by perseverance in good works seek glory and honor and immortality, 8but a wrath and anger to those who live in selfish ambition and do not obey the truth but follow unrighteousness. (Romans 2:6-8)

The Condemnation of the Gentiles

At first glance, this verse appears to be an encouragement for man to do good and avoid evil, but if we take into account the condition of man’s heart (Romans 3:23), their innate tendency to rebel against God (Romans 7:15, Romans 8:7), no one can take advantage of this encouragement, if it is indeed an encouragement.

This verse simply states what God is going to do: to mete out the justice of God’s Kingdom. Paul is setting up the stage to flunk all of men so they might have faith in Christ. Paul continued in verses 9 and 10 (Romans 2:9-10) in the same vein be they Jews or Greek.

From verses 11 through 16 (Romans 2:11-16), Paul made the case for the supervision of the law for both Jews and Gentiles. For the Jews, it’s rather obvious they’re under Mosaic law and judged by it, for Gentiles it’s their conscience who is the judge—whatever they feel compelled to obey to satisfy the voice in their hearts (Romans 2:14-16). But to have the law, whether written on tablets of stone or in the hearts, does not automatically make you righteous, you must do the law (Romans 2:13). Again Paul is pushing the church at Rome, and likewise us, to the corner: none of you do the law. James 2:10 said that you may have fulfilled 99.99% of the law, but if you fail one point of it, you failed them all, because God demands nothing less than perfection.

The Condemnation of the Jews

Then Paul proceeded to add the Jews to the list of candidates for Christ (Romans 2:17-29). The Jews commit the same errors as the Gentiles, they judge others based on the system of law that they hold dear, but just like the Gentile moralists, they don’t do the law that they teach others. They boast of their relationship with God, but they don’t keep His law.

Up to this point, Paul is laying out the basis of God’s law and judgement, a cause and effect, rewards and punishments surrounding man’s ability to do God’s law. He didn’t say anything about whether any of them can do it. As a matter of fact, it’s more like he stated their hopeless situation, especially those that judge others based on their law but don’t do any of it, or rather none of the purveyor of the law do it themselves. 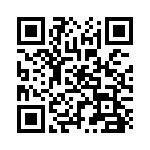