Things Behind and Things Before. Attaining the Goal.

"13Brothers and sisters, I do not consider myself to have attained this. Instead I am single-minded: Forgetting the things that are behind and reaching out for the things that are ahead, 14with this goal in mind, I strive toward the prize of the upward call of God in Christ Jesus." (Philippians 3:13-14)

1. THINGS BEHIND & THINGS BEFORE

Many Christians are familiar with this passage. I’m almost certain you’ve heard it at least a dozen times in your life. Even if you are a new believer who has never heard of it, your first reading will leave you with an impression.

Most people believe that “things which are behind” are inappropriate for someone who has been saved, who has come into the light from the darkness. They are bad habits that should be abandoned, among other things. While “things which are before” are good and spiritual works that they’ve always wanted to do but haven’t been able to do so.

But is this the main point Paul wants to make? No, because none of the things mentioned above are in the context in which Paul taught this concept. Let us go over the verses that comprised the context. According to Paul, the following are the “things which are behind”:

“5Circumcised the eighth day, of the stock of Israel, of the tribe of Benjamin, an Hebrew of the Hebrews; as touching the law, a Pharisee; 6Concerning zeal, persecuting the church; touching the righteousness which is in the law, blameless.” (Philippians 3:5-6)

These are the “good works” that Jews seek in order to gain respect and honor. However, they are accomplishments under an old system, the Old Covenant, which is based on the works of the law. When Paul came to faith in Christ, he was willing to call those things “dung.”

Previously, he desired only the righteousness that “is of the law,” but now he desires only the righteousness that is “through faith in Christ.” (Philippians 3:9) I hope you recognize the things behind and before according to Paul in this context so that we can correctly apply its concept in our walk with God, because a misapplication will rob you of your peace of mind.

If the “things which are behind” are things we encounter in our daily lives, things we should or should not do, who can completely remove them from their lives? We still live in this world, and Paul observes: “I find then a law, that when I would do good, evil is present with me.” (Romans 7:21) However, there is one thing we can do, and it is the only thing Christ expects of those who come to him: BELIEVE IN HIM, because true righteousness can only come “through faith in Christ.”

2. TO ATTAIN THE GOAL

“ … 14I press toward the mark for the prize of the high calling of God in Christ Jesus.” (Philippians 3:14)

This is also a frequently misunderstood concept, which can have disastrous consequences, causing believers to be unable to walk firmly with God in the spirit of “Now faith is being sure of what we hope for.” (Hebrews 11:1)

Let us review verse 12 of chapter 3 of Philippians:

“11And so, somehow, to attain to the resurrection from the dead. 12Not that I have already attained this – that is, I have not already been perfected – but I strive to lay hold of that for which Christ Jesus also laid hold of me.” (Philippians 3:12)

On first reading, we get the impression that we have NOT yet received the resurrection from the dead. However, such a translation is unfortunate because a correct interpretation of the verse would show that I HAVE ALREADY ATTAINED it despite not having held it in my hand. Like a believer who has received God’s promise of eternal life but must wait until the last trumpet sounds at Christ’s second coming for the promise to become a reality. The final part of verse 12 adds to the clarity of this truth: “Christ Jesus also laid hold of me.” 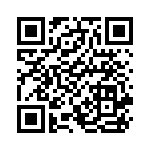