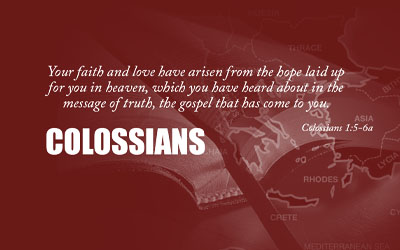 "16Therefore do not let anyone judge you with respect to food or drink, or in the matter of a feast, new moon, or Sabbath days – 17these are only the shadow of the things to come, but the reality is Christ!" (Colossians 2:16-17—NET)

The “food or drink, feast, new moon, or Sabbath days” are all familiar to Jewish converts to Christianity. In their previous religious background, they were highly revered and observed. So, while there may be criticism from those outside the faith, internal criticism may have a greater impact on believers.

But you don’t have to be Jewish to be subjected to this kind of criticism for something you do or don’t do. I know many of my fellow Christians who, despite having no reason to, follow the don’t-eat-blood rule religiously. I heard about a family who was chastised for following some traditional wedding rituals. And there are numerous other rules that are followed despite the lack of evidence that they were specifically written down somewhere in the Bible in the form of a commandment. They are widely regarded as even more powerful than the gospel itself.

In what way are those rules and regulations “the foreshadowing of things to come”?

Wherefore the law was our schoolmaster to bring us unto Christ, that we might be justified by faith. (Galatians 3:24 - KJV)

The main thing to come is Christ, and we are justified before God because of our faith in him. The shadow is the law, which is supposed to teach us that we cannot be justified by obeying the law, but must instead come to Christ as our last hope for acceptance into God’s kingdom.

So, “don’t let anyone judge you.” You have passed through the shadow and into the new reality in Christ. He serves as your justification. He is your righteousness. Those who judge you, on the other hand, will be judged by the rules and regulations that they still live under.

“18Let no one who delights in false humility and the worship of angels pass judgment on you. That person goes on at great lengths about what he has supposedly seen, but he is puffed up with empty notions by his fleshly mind. 19He has not held fast to the head from whom the whole body, supported and knit together through its ligaments and sinews, grows with a growth that is from God. (Colossians 2:18-19—NET)

The common characteristic of religious hypocrites is their “false humility”.

We had a lively debate about “angel worship”. There are various interpretations of the term “angels.” Some believe it refers to a literal angel, but I believe it refers to someone with the charisma to influence listeners. I haven’t seen or heard of any church leaders these days who worship angels, but I have seen many worship famous speakers with large followings.

Whether the term “angels” refers to a literal angel or a human messenger with cultic personality, this leader has the authority to “pass judgement on you.” He/she boasts “at great length” about his/her special relationship with the angel through whom they have “supposedly seen” something that only a select few can see. Many of our church members should be able to see that this leader is only “puffed up with empty notions.” Ironically, the pews in front of these leaders’ podiums are almost always packed with people eager to hear their empty notions.

“20If you have died with Christ to the elemental spirits of the world, why do you submit to them as though you lived in the world? 21“Do not handle! Do not taste! Do not touch!” 22These are all destined to perish with use, founded as they are on human commands and teachings. 23Even though they have the appearance of wisdom with their self-imposed worship and humility achieved by an unsparing treatment of the body – a wisdom with no true value – they in reality result in fleshly indulgence. (Colossians 2:20-23—NET)

The goal of the “Do not handle! Do not taste! Do not touch!” rule, which includes “unsparing treatment of the body,” is for believers to achieve or maintain a certain level of sanctification. These practices were thought to be based on Scriptures, but they are actually based on “human commands and teachings.”

“… sin, seizing the opportunity through the commandment, produced in me all kinds of wrong desires.” (Romans 7:8)

So, when you hear a sermon, be like Berean, scrutinizing every word from the preacher, including Paul. Because he may be preaching unbiblical doctrine at your peril.

These “do not” rules, or any other forms of human commands and teachings, do not sanctify you in any way. Because, as stated earlier in Colossians 1:22, Christ has presented you “holy, without blemish, and blameless” before God through his death. As a result, you have been completely sanctified. You are ready to meet God right now, not later, because Christ’s righteousness has already made you perfect. So, from now on, if you come across a book, a sermon, or a bible commentary that teaches progressive sanctification, you’ll know how to respond. 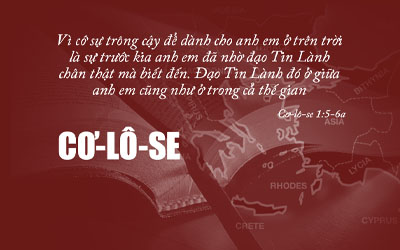