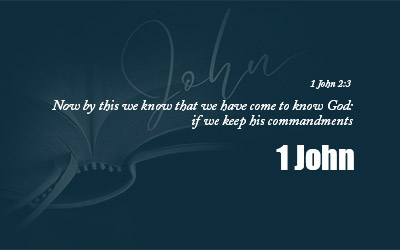 Today's study is no easier than yesterday's on 1 John 2:7-27. To understand what John is saying in today's verses, I had to rely on even more foundational truths as anchor points. What does John mean by remaining in him? Continue doing something? He did mention practicing righteousness, so there must be some action involved. John mentions self-purification, which raises a red flag in my mind. I see you avoid doing things that may have negative consequences, but I don't know of anything you can do to purify yourself other than the blood of Christ. Finally, John asserts that Christians do not sin. This teaching appears nowhere else in the Bible. Let us investigate.

“28And now, little children, remain in him, so that when he appears we may have confidence and not shrink away from him in shame when he comes back. 29If you know that he is righteous, you also know that everyone who practices righteousness has been fathered by him.” (1 John 2:28-29)

Since I became a Christian more than 30 years ago, I’ve assumed that “remaining in Him” meant doing things that Christians do, such as attending prayer groups, Bible studies, church, participating in evangelistic outreach, tithing, and so on.

As a result, if I don’t do the things necessary to “remain in Him,” I can’t help but “shrink away from Him,” which means I’ll hear God say to me, “depart from me, you worker of iniquity” (Matthew 7:23).

This means that your salvation is contingent on you doing something good and avoiding something bad. What John is saying here contradicts the fundamental truth I know about salvation, which is solely dependent on my faith in Christ, who died on the cross for my sin.

Because righteousness from God can only be received as a gift from him through the death of his Son, John must be talking about practicing his own righteousness. Well, John can practice all he wants, but nothing he does will grant him the righteousness necessary for God to father him.

You who are trying to be declared righteous by the law have been alienated from Christ; you have fallen away from grace! (Galatians 5:4)

“3And everyone who has this hope focused on him purifies himself, just as Jesus is pure.” (1 John 3:3)

What method do you recommend for us to purify ourselves? Fasting, ritual washing, abstaining from wine, or, as the Colossians advise, “do not handle, do not touch, do not taste”? (Colossians 2:21) Are these ideas in accordance with biblical fundamental truths? Consider the following Bible passages:

“You are clean already because of the word that I have spoken to you.” (John 15:3) “To sanctify her [the church] by cleansing her with the washing of the water by the word.” (Ephesians 5:26) “Some of you once lived this way. But you were washed, you were sanctified, you were justified in the name of the Lord Jesus Christ and by the Spirit of our God.” (1 Cor 6:11)

According to the preceding verses, we were not only washed, but also sanctified and justified, all because of God’s Word and not by any other works. I like how clear and direct the above-quoted John 15:3 is: “As a result of THE WORD I said to you, you are already clean.” While doing good and avoiding bad is beneficial, nothing you do can purify you except through the means mentioned in the verses quoted above.

EVERYONE WHO RESIDES IN HIM DOES NOT SIN

The Bible does not support John’s claim that Christians do not sin. Even though we are saved by faith in Christ, we will not put on the incorruptible until Christ returns at the sound of the last trumpet, according to 1 Corinthians 15. We’re still prone to sinning. What John claims is also not representative of the reality of anyone, saved or unsaved.

John knew this isn’t true because he wrote earlier in 1 John 2:1-1 that “if anyone does sin, we have an advocate with the Father, Jesus Christ the Righteous One”.

The good news, according to my understanding of the gospel, is not that we can’t sin, but that we are forgiven. I can see someone reading verse 6 and believing it completely, then falling into some sort of sin and concluding that they have “neither seen nor known him.” or that they are “of the devil.” It comes as no surprise that only a small percentage of Christians are certain of their salvation. This doctrine that John is promoting is almost cultic in nature.

Here’s another of John’s definitions of salvation that isn’t backed up by any known foundational truths. The basic gospel of Jesus Christ simply states that when you accept Jesus’ death on the cross for your sins, you become a child of God. According to John, if you don’t love your fellow brothers and sisters in the Lord, you’re not a Christian.

You can have doubts about whether someone is a Christian based on their behavior, but that is only your doubt; it does not constitute the gospel. Despite your doubt about human nature, you should preach the same gospel that you saved by faith in Jesus’ cross and not worry about whether they can love their fellow Christians. The disciples of Jesus in the parable of the tares had the same concern about whether someone is a true Christian and wanted to get rid of them, but Jesus told them to leave it to God:

29But he said, ‘No, lest while you gather up the tares you also uproot the wheat with them. 30Let both grow together until the harvest (Matthew 13:29-30). 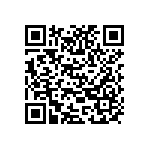