Jesus’ message was simple: "I am the way, the truth and the life!" John explained that Jesus would be baptizing in a different way. He would not be performing ceremonial baptisms using water, but one involving the Spirit. His baptisms would be with fire to destroy the corruption caused by sin; and with the Spirit who would bring new life to all that received Him.

His Message Is for Everyone

Jesus’ message was simple: “I am the way, the truth and the life!” Although He came first to His own people (and most of them rejected him) –He also came to the whole world.

There was the true Light which, coming into the world, enlightens every man. He was in the world, and the world was made through Him, and the world did not know Him. He came to His own, and those who were His own did not receive Him. But as many as received Him, to them He gave the right to become children of God, even to those who believe in His name, who were born, not of blood nor of the will of the flesh nor of the will of man, but of God. (John 1:9-13)

His Baptism Is with the Holy Spirit

John testified saying, “I have seen the Spirit descending as a dove out of heaven, and He remained upon Him. I did not recognize Him, but He who sent me to baptize in water said to me, 'He upon whom you see the Spirit descending and remaining upon Him, this is the One who baptizes in the Holy Spirit.’ I myself have seen, and have testified that this is the Son of God.” (John 1:32-34)

“As for me, I baptize you with water for repentance, but He who is coming after me is mightier than I, and I am not fit to remove His sandals; He will baptize you with the Holy Spirit and fire. His winnowing fork is in His hand, and He will thoroughly clear His threshing floor; and He will gather His wheat into the barn, but He will burn up the chaff with unquenchable fire.” (Matthew 3:11-12)

The question frequently arises: “Didn’t Jesus baptize with water, too?” Take a look at what the Bible says about it in the gospel of John.

The Pharisees heard that Jesus was gaining and baptizing more disciples than John, although in fact it was not Jesus who baptized, but his disciples. (John 4:1-2)

Next: The Apostles’ Baptism 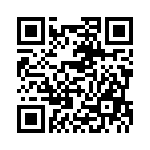