Each of God’s messengers had very specific and relevant messages that were aimed at target audiences. First we will look at John who was told by God (the Father) to identify Jesus (His Son) as the Messiah to the nation of Israel using baptism. Next, Peter and the other apostles were to deliver a message that sounded similar to John’s, but it emphasized the concept of the Trinity. Then there was Jesus who was said to have baptized in the Jordan River. Lastly, when Paul saw Jesus in a vision, he was told to deliver a different message to a different people.

There Were Actually Four!

God used four unique authors to write the four gospels and reach four different groups of people. Even though it was the same message, Jesus was made especially relevant to each group.

In a similar way, God used baptism through four messengers to convey His message of salvation to four diverse audiences. In each of the four cases, the message was the same but He connected with them in ways that they each understood.

Of course, the message was –and continues to be– that salvation is only through Jesus Christ. The only part that man has in the process is to surrender from his feeble efforts –his own self-righteousness.

God plainly told the people through the prophets that they were not pleasing Him by their attempts at being obedient to the Law. Then Jesus –the Messiah who was prophesied about hundreds of years earlier– came into the world to show them the full extent of what was required to be righteous according to God’s standards –and how they could achieve that perfect righteousness.

That leads us to John the Baptist’s purpose for baptizing. God, the Father, told John to use baptism to identify Jesus as the Messiah to the nation of Israel. So John’s message was “Behold the Lamb of God.” Continue ...

Jesus’ message was simple: “I am the way, the truth and the life!” John explained that Jesus would be baptizing in a different way. He would not be performing ceremonial baptisms using water, but one involving the Spirit. His baptisms would be with fire to destroy the corruption caused by sin; and with the Spirit who would bring new life to all that received Him. Continue ...

Peter and the Other Apostles Were Marking the End of Legalism

Whenever disease or death contaminated someone, their restoration required a ceremonial washing –purification –baptism. These washings were a major part of Jewish life. The message that Peter and the other apostles conveyed to the Jews was to have them wash one last time with water to mark the end of their life under the Law. It was a way of providing closure to the former way of life. Continue ...

Paul’s Baptism Was About New Life

Paul’s message was specifically for the Gentiles who did not rely on ceremonial cleanliness. He explained to them –the Gentiles– that there is only one baptism and it is done by the Holy Spirit to join people together into one holy body –the body of Christ. Paul’s ministry did not include water baptism because the Gentiles didn’t need to end their relationship with the Mosaic Law. They needed to begin a relationship with the living God. Continue ... 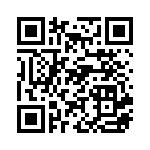