What is true spiritual blindness? 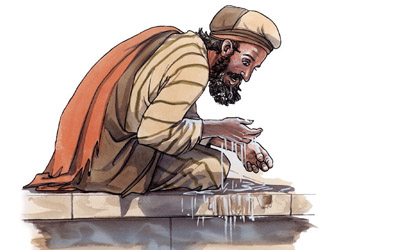 1. THE FEAST OF THE TABERNACLES

This miracle occurred during one of Israel’s most important feasts. It’s known as the Feast of Tabernacles. Israelites from all over the country must travel to Jerusalem to observe this eight-day feast.

During the feast, so many lamps were lit that the entire city was illuminated. One ritual that the priests had to perform was carrying water from the pool of Siloam to the temple while walking up 15 semi-circular steps. The priests sing one Psalm from 120 to 134 at each step. They completed the final step by pouring Siloam water at the altar’s base.

Throughout the feast, this ritual was repeated daily. This feast is so important to the Israelites that they tried everything they could to find a place to set up their tabernacles where they could watch the priests travel up and down the path between the pool of Siloam and the temple.

Jesus chose this particular occasion to perform this miracle in order to announce the arrival of the Messiah, who is himself. But this miracle is unlike any others he has performed. Only God, according to Jewish belief, has the power to heal someone who was born blind.

A miracle of this magnitude, performed at such a special event as the Feast of Tabernacles, with the participation of the entire nation, including all of their priests, cannot be a coincidence, but rather a plan that God had planned ahead of time to announce the arrival of the Savior of the world.

3. THE BLIND AND THE SIGHTED

Aside from performing a miracle to demonstrate that he is the Messiah, Jesus also used it to teach us about the true meaning of blindness and sight.

“39Jesus said, “For judgment I have come into this world, so that those who do not see may gain their sight, and the ones who see may become blind.” 40Some of the Pharisees who were with him heard this and asked him, “We are not blind too, are we?” 41Jesus replied, “If you were blind, you would not be guilty of sin, but now because you claim that you can see, your guilt remains.” (John 9:39-41)

What gives the Jewish leaders, or those who lived under their leadership, “sight?” according to the above verse. The law was the only thing they could rely on for their belief system. As a result, in their opinion, only Gentiles who lacked the law were “blind,” whereas they were “sighted” because they had the law to guide them.

So, how can we explain Jesus’ statement, “If you were blind, you would not be guilty of sin?” Because Jesus was speaking to Jews who were subject to the law, he had to speak in their language. However, what he said went against their preconceived notions.

Did Jesus say that if they were blind, which meant they didn’t know the law, they would be sinless? According to Romans 4:15,

“For the law brings wrath, because where there is no law there is no transgression either.” (Romans 4:15)

Then he went on to say that because they said they could “see,” which means they had the law, their sins persisted. This is contrary to popular belief throughout the world.

At this point, many Christians are concerned: does this mean that anyone can choose to live apart from the law? In fact, all of humanity must follow the law. The Jews had the Ten Commandments and Moses’ law, whereas unbelievers have the law in their conscience because they gained the ability to distinguish between good and evil in the Garden of Eden.

4. THE BLIND CAN SEE

According to Romans 4:15, “… where there is no law, there is also no transgression,” which means there is no condemnation. To avoid the situation in which “your guilt remains,” one must not live under the law in order for his blindness to be removed.

But you can’t just walk away from the law whenever you want. Since the time man ate the forbidden fruit, the law has manifested as the knowledge of good and evil entering their conscience, and thus the world. So, who can elude the law’s grasp in order for their eyes to be opened and their sins to be forgiven?

We give thanks to the Lord for opening a new path for us by replacing the old law with a new one that has the power to deliver us from sin.

“For the law of the life-giving Spirit in Christ Jesus has set you free from the law of sin and death.” (Rô-ma 8:2)

Despite the fact that you came to Christ by grace through faith to receive your salvation, under which law are you currently living? The law of sin and death? The law that entered Adam and Eve’s hearts, then came down from Mount Sinai and was expanded under Moses? Or the new law of the Spirit of Life based solely on faith in Christ? If you still follow the old law, I’m afraid you’re a blind man who thinks he can see, and “your guilt remains” (John 9:41).

Last Sunday, we spent the entire hour going over the final section of John 9 about Jesus’ healing of the man born blind. The first section of this passage demonstrates Jesus’ Messianic identity. It is not necessary for us who already believe to be convinced of this, but the latter part of the passage where Jesus explains the meaning of blindness and sight is very important so that we can live as Christians according to God’s will.

This writing simply attempts to expand on what was said in the previous writing about why the Pharisees, and Jews in general, are those who are truly blind according to Jesus’ definition. Perhaps quoting other passages that say the same thing is the best way to describe the relationship between blindness and obedience to the law. Let us return to the beginning of Genesis:

“For God knows that when you eat from it your eyes will open and you will be like God, knowing good and evil.” (Genesis 3:5)

According to the above verse, Adam and Eve had no knowledge of good and evil before they ate the forbidden fruit, but they had eternal life. Where else could this knowledge have come from if not from the law that had entered their minds?

“So I found that the very commandment that was intended to bring life brought death!” (Romans 7:10)

The law, which brought death to Adam and Eve, is the enabling factor behind the knowledge of good and evil. We know that almost all religions in the world are founded on some form of law, including the law that inhabits their conscience. We who come to God by grace and faith should be more vigilant in recognizing the negative consequences of attempting to please God through legal obedience.

Back to Genesis 3:5, they were “blind” before eating the forbidden fruit, but they lived, but when “their eyes opened,” they died. This is what Jesus said at the end of the passage on the healing of the man born blind in John 9:41.

“Jesus replied, ‘If you were blind, you would not be guilty of sin, but now because you claim that you can see, your guilt remains.’” (John 9:41)

What exactly did they “see”? When their eyes opened, they saw the law searching their every thought. In the New Covenant, God gave man only one way to reconcile with Him, relying on his grace and mercy rather than the power of their flesh to meet the requirements of the law.

According to Jesus and nearly all of Paul’s epistles, I believe this is the true meaning of blindness and sight.

This article is based on the teaching of Pastor Aaron Budjen of livinggodministries.net. 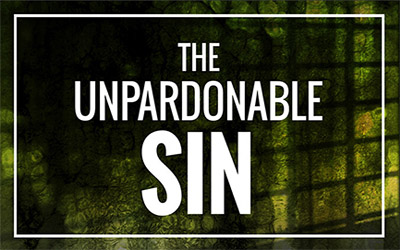 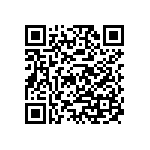