What shall we say then? Are we to remain in sin so that grace may increase? Absolutely not! How can we who died to sin still live in it? (Romans_6:1—NET) 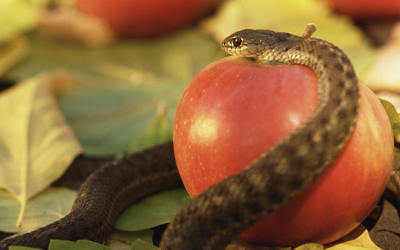 This article is a twin sibbling of the "Mortify the deeds of the flesh" article, it sets up the proper foundation for understanding the concept of sin presented here. Of all the key concepts that Martin Luther demanded that readers of Scriptures should grasp, "sin" is perhaps the most important.

1What shall we say then? Are we to remain in sin so that grace may increase? 2Absolutely not! How can we who died to sin still live in it? (Romans 6:1—NET)

One day a friend shared something his young son asked upon reading a passage from a study bible. The study bible has a note that explains the meaning of “repentance.” It explains that repentance is a turning a way from sin and turn back to God. He saw a quiet concern in his son’s face. The boy knew the impossibility of achieving this repentance in all its full meaning. He’s more honest than many adults who might have read it without giving it much further thought for many reasons; maybe it’s nothing to worry about, maybe they think they have successfully turned away from sins, they sense no reason for distress even if this definition of repentance might turn out to be true.

The boy’s understanding of “sin” is representative of virtually every practicing Christian including one hundred percent of Bible commentaries I’ve surveyed on this topic. These commentators, who very likely reflect the Church’s understanding of the concept of sin, assume that the “sin” in Romans 6:1 is limited to a pattern of sin of certain degree of severity such as those spelled out in the Ten Commandments or others; therefore in this sense they can freely count themselves as not among the guilty.

These men, the commentators, missed the very basic point of theology that even if they never commit any transgressions known to man, they are “in sin.”

Mankind is always in sin

Yet death reigned from Adam until Moses even over those who did not sin in the same way that Adam (who is a type of the coming one) transgressed (Romans 5:14).

In Romans 5:14, the apostle Paul established the sinful condition of man: they cannot escape being in sin no matter how hard they try. The sinful condition is not from the sins that they committed or must repent from, it’s the body of death (Romans 7:24) that is inseparable from them until Christ comes again.

If it is in fact man is perpetually in sin and it is impossible for them to get out of of such state, then why did Paul write in Romans 6:1 that they should not remain in sin? Do you see the contradiction? On the one hand they cannot escape sin, and on the other hand they must not remain in sin?

Yes, such contradiction does indeed exist if one holds the view of sin like the boy as told earlier, or those of the well known Bible commentators. But for so long, Christians accept and live with such contradiction. The boy in our story knew better. He could feel there was something wrong in the study bible note that appeared to be as authoritative as the word of God itself. He saw the contradiction and it put him in distress. As a boy, he saw sin for what it was, no embellishment, no denial, no attempt to cover up with pious platitude. But most of us Christians are like the Pharisees, we see the specks in others but not the logs in our own eyes.

Mankind, the religious people, have always related to God through sin. To deal with sins they offered sacrifices, perform religious rituals, acts of penances, or whatever their religious beliefs dictate. The Jews of the Old Covenant had their own prescribed way to get relief for sins. The Christians of the New Covenant also came up with ways to deal with sins.

It’s a perpetual cycle of sin and relief. They could see no other way to relate to God. It is sin that stands between them and their gods. Yet they could not get rid of it completely. Paul wrote these verses in Hebrews that beautifully express the dilemma of those who relate to God through their sin:

1For the law possesses a shadow of the good things to come but not the reality itself, and is therefore completely unable, by the same sacrifices offered continually, year after year, to perfect those who come to worship. 2For otherwise would they not have ceased to be offered, since the worshipers would have been purified once for all and so have no further consciousness of sin? 3But in those sacrifices there is a reminder of sins year after year (Hebrews 10:1-3).

Because the law is “completely unable” to make the believers perfect, sin is everpresent between them and God; as a matter of fact, the sacrifices instead of fully erasing sin, they serve as “reminders” of it. It’s obvious in Paul’s writing that the ultimate goal of the believers is to have “no further consciousness of sin.” But nothing has enabled them to achieve this thus far. As long as there is the consciousness of sin in their minds, they cannot draw near to God.

Modern Christians mistakenly use 1 John 1:9 as means to eradicate sins, as if their confessions can be used to replace the Old Covenant sacrifices to be repeated over and over again. But even those sacrifices could neither get rid of their sins nor their guilt; the only thing that can accomplish such thing is the blood of Christ. The confession in 1 John 1:8-10 is a confession of faith, of their sinful condition and acknowledging Christ as Savior; it has nothing to do with sin and guilt offering under the Old Covenant.

Therefore under the Old Covenant system of sacrifices, or modern versions of penances, man “remain in sin” because the “consciousness of sin” remain in their minds and hearts.

Subsequently in Romans 6:6-7, Paul explained how we can be set free from sin’s dominion.

6We know that our old man was crucified with him so that the body of sin would no longer dominate us, so that we would no longer be enslaved to sin. 7(For someone who has died has been freed from sin) (Romans 6:6-7).

According to these verses, how were we freed from sin? Through “turning away from sin” like the note on repentance of the study bible? Through the natural view of sin in the eyes of a child? And the various Bible commentators? None of the above. Romans 6:6 says that it is through our old man being crucified with Christ.

A slave cannot overcome his master, but must be set free. It’s the same way with our slavery to sin, we cannot wiggle ourselves out of it, no matter how much determination or will power one may possess.

Therefore though we did not physically get crucified, we inherit Christ’s crucifixion on the virtue of our faith in Him. It’s the same way we receive this gift of being set free from sin, or our no longer “remain in sin”, all thanks to what Christ had accomplished on the cross.

As long as we still live in our body of flesh, we’ll never be completely free from sin, but our position in Christ has changed, our relationship with God has changed. It has changed from being condemned sinners to being children of God. Though the capacity for sinning is still there with us, we no longer relate to God through sin, but through the cross.

God gives us permission to lead a guilt-free life in our relationship with Him, in our salvation and eternal life.

There is therefore now no condemnation for those who are in Christ Jesus. 2 For the law of the life-giving Spirit in Christ Jesus has set you free from the law of sin and death (Romans 8:1-2).
As far as the east is from the west, so far has he removed our transgressions from us (Psalms 103:12).

This is why the apostle Paul wrote these great verses in Romans. To remind them that they had been set free from sin, and they don’t have to remain in the mindset, or the outlook, of being condemned sinners anymore. Now do we know what he really meant? He didn’t mean at all to ask why you still fall into this sin or that sin, but he meant why are you still walking scared like sin still has the power to put you under condemnation, why you still try to pay the ransom though it has already been paid for? Just like soldiers who came back from a long drawn out war still live with terrible memories. They came back to the free world but in their minds they’re still captives. So it is with many Christians who still came back to the place where they offered sacrifices for their sins.

You don’t have to remain in sin. Christ has set you free. 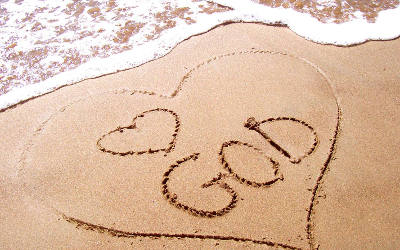 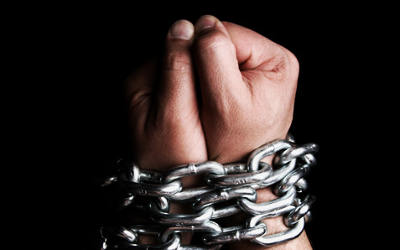 When The Son Sets You Free 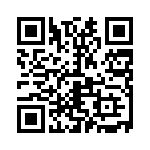