Have you always lived the Christian life like walking a tightrope? One misstep and down you go. Though you might be blessed with a faith to believe that Jesus will not let you fall forever into your death, it is the constant fear of falling that makes for a very lethargic and powerless journey into eternity. Knowing the real cause of the falling from God’s grace will give you Jesus’ promised peace that passes understanding. 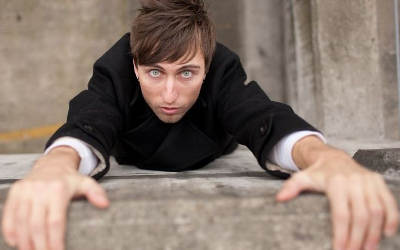 A quick Internet search returns the following excerpt of an article which shows a common conception of why someone might fall from grace: "Once one receives God’s grace and stands in His grace, future unrepentant actions by that individual could cause him or her to fall short of being under grace. For instance, if bitterness, which is actually a state of anger and hatred, is not repented of, one could become defiled by that wrong attitude or spirit and fall short of the grace of God."

Interestingly there are only a few Internet postings in the Christian vein concerning this topic of “falling from grace,” however there are thousands using the expression but for other secular topics. The majority of these postings are about someone, especially public figures, who used to be loved and respected but now have fallen from grace due to some unwise actions, such as that “future unrepentant actions” as quoted above.

The common thread that runs through all these sources, be they Christian or secular, observes that the reason someone fall from grace is their commission or omission of certain things.

Despite the fact that there are so few Christian postings on the topic, my own church experience is that no matter what the theology is held by the individual denominations, most sermons and writings seem to agree with the secular view concerning the topic of falling from grace, except for some who might have come to a different conclusion from their own study of the topic.

What does the Bible say?

There is only one verse in the Bible that contains the phrase “falling from grace,” and it is Galatians 5:4. And there is another, Hebrews 12:15, that contains a similar phrase “fail of the grace of God KJV),” or “comes short of the grace of God (NET).” The context of both verses are very similar, however in Galatians 5:4 the cause for falling from grace is immediately shown in the verse, while in Hebrews it is spread out through many chapters. Therefore Galatians 5:4 is chosen for to avoid a laborious and long winded explanation.

It is the trying to be justified, to get right with God, to be called the righteous, to be sanctified, holy, blameless, through the keeping of the law.

15And regard the patience of our Lord as salvation, just as also our dear brother Paul wrote to you, according to the wisdom given to him, 16speaking of these things in all his letters. Some things in these letters are hard to understand, things the ignorant and unstable twist to their own destruction, as they also do to the rest of the scriptures. 17Therefore, dear friends, since you have been forewarned, be on your guard that you do not get led astray by the error of these unprincipled men and fall from your firm grasp on the truth. 18But grow in the grace and knowledge of our Lord and Savior Jesus Christ. To him be the honor both now and on that eternal day (2 Peter 3:15-18).

A pastor preached a sermon, which was posted on youtube titled “Do not abuse God’s grace,” citing the 2 Peter 3:15-18 verses quoted above. These verses were used to support the concept of falling from grace according to common interpretation. The citing of these verses in the sermon’s context erred in several aspects.

As an aside, in order to guard against erroneous interpretation of any Scriptures, one must be careful to preserve context. We can use the topic of “falling from grace” as an example. We must consider all foundational truths around the topic:

And perhaps there are other truths that might help us make sure we don’t err in our interpretation; truths such as righteousness, reconciliation, man’s total depravity, being born again, flesh vs. spirit, etc. If we do our job correctly we’d find that none of the foundation truths we find are in conflict with any other found in the Bible.

For the time being, let us reason from the point of view of the common interpretation, specifically from the article of which we took an excerpt.

For instance, if bitterness, which is actually a state of anger and hatred, is not repented of, one could become defiled by that wrong attitude or spirit and fall short of the grace of God.

If it is true that an “unrepentant sin” will cause someone to fall from grace, then it is incumbent upon the individual to rid himself of all possibilities of such sins. But is it even possible for anyone to rid himself of every trace of this type of sin which causes the falling from grace?

The author of the excerpted article may argue that this only applies to some sin that the sinner keeps falling into, “unrepentently.” But the apostle James thinks otherwise, as he wrote in James 2:10:

For whoever keeps the whole law and yet stumbles at just one point is guilty of breaking all of it.

Therefore if we take the author’s argument to its final conclusion, any sin no matter how little will cause one to break all of God’s law, every sin is an “unrepentant action” deserving a falling from God’s grace.

“Wrong attitude” is also too subjective a term to describe a condition that can have such eternal consequences as falling from grace. A hyper sensitive person may perceive an emotional state as “wrong,” while another person of certain temperament may perceive it as normal in their culture or upbringing. Such ambiguous definition cannot be used to define our relationship with God.

The common misconception concerning the issue of sin is we become sinners the moment we commit something that violates God’s law. Someone may have theological degrees with the belief that we’re sinners by nature, in practice, in conversation and the sermons that they preach, it shows they believe otherwise.

There are at least two Scripture passages that tell us what sin really is.

Jesus speaks of the Holy Spirit:

8When he comes, he will prove the world to be in the wrong about sin and righteousness and judgment: 9about sin, because people do not believe in me.

How is the world wrong about sin? It is wrong because it consistently believes that sin has to do with what people do, what act they commit, what good things they neglect to do. In holding such belief, they imply the solution lies in the sinner’s determination to stop sinning. Jesus declared that such belief is wrong, because even if a person has somehow managed never to commit a sin common to man, he is still a sinner. What he needs is not that he has to learn how to quit sinning, but he needs is to trust in Christ.

This verse is in agreement with the key verse of this writing, Galatians 5:4 to be quoted again here:

The law doesn’t deal with the sin nature, but it deals with the sins that people commit. It deals with them one at a time. One sin, one sacrifice. But faith in Christ deals with our sin nature once for all. Do you see the connection here? The insistence to deal with sins through the law, not the sins though they may be so vile and cause so much pain for those who fall into them, is the principle cause for falling away from grace.

27You have heard that it was said, ‘You shall not commit adultery. 28But I tell you that anyone who looks at a woman lustfully has already committed adultery with her in his heart.

Once again, Jesus confirmed that the action is just a product of what is already in the heart, which is another way to say it’s embedded deep in the sin nature of man. Stopping the action does not eradicate it from every cell that made up parts of the living being.

But it seems there is a veil over the eyes of many because even until now, the large majority of people of faith still focus on the wrong object. However when the Holy Spirit comes into the hearts of those who seek the truth, they will be convicted and realize that they had been wrong all along about sin.

The real cause for someone to fall away from grace is their reliance on the observance of the law for justification. This is the way of the world, and the world is wrong about how to deal with sins. Unfortunately so many in the church hold this concept of sin just like the world.

Do not be conformed to this present world, but be transformed by the renewing of your mind, so that you may test and approve what is the will of God–what is good and well-pleasing and perfect (Romans 12:2).

The world tries to use the law as means to draw near to God, but instead it alienates them from Christ. The Bible recorded the first example of the effect of the law on the relationship between God and Man. The appearance of the law in the conscience of the first couple in the Garden of Eden in the form of the knowledge of good and evil immediately drove a wedge between them and God. But thankfully God already knew this and had prepared beforehand a way to bring them back to Him. All they needed, as we do now, is to fix our eyes on the One that God had sent (John 3:14). 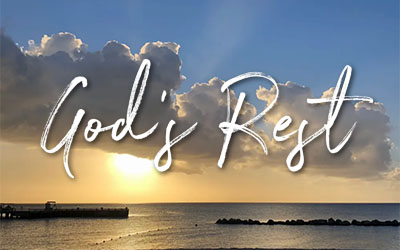 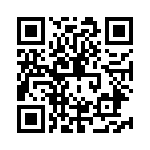