One mistranslated word can completely change the meaning of a verse. The mistranslation though may have been unintentional, it could reflect the theology of the translator; the implication can be profound, as it affects how people view their relationship with God, and consequently leads them astray.

How has someone become a sinner? 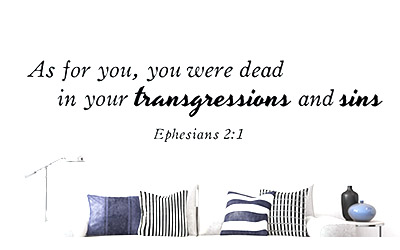 There is almost always a great discrepancy between what a Christian believes theologically and what they believe in their heart which is reflected in the outworking of such belief. Their perception of the origin of their sin is what this article will address. This perception will in turn influence their understanding of the forgiveness of God which decidedly will characterize their relationship with God. The issue of sin and death is profoundly intertwined with forgiveness and life; if sin is misunderstood, so will it be with forgiveness.

In a previous article, “When The Son Sets You Free”, I cited an example of a man who was practically dead in every way from the effect of drug addiction. He contributed nothing toward his eventual deliverance; all his effort to quit ended up in the desire for more, to the point he was so wasted that he was waiting for death to overtake him; if there was an inkling in his mind of a deity somewhere that he could pray to, he would, but he was too far gone to bother; he must have felt completely forsaken. So I quoted Ephesians 2:1 to illustrate God’s salvation to even one at such a dead state as him.

As for you, you were dead in your transgressions and sins. (Ephesians 2:1)

So far so good. This verse in the NIV translation, or in other translations such as KJV or NET that I often use, is fitting in describing the sad state that our drug addict was in before he was saved by the Lord. It can be universally applied to all men as “all have sinned and fallen short of God’s glory (Romans 3:23).”

However, as I was confidently translating the aforementioned article into Vietnamese, I was in a bit of a shock to find the Vietnamese translation of Ephesians 2:1 saying something completely different from practically all the English versions. It says “As for you, you were dead BECAUSE OF your transgressions and sins.” I was quite taken aback upon reading such rendition of the verse. Would this mean if someone manages not to commit any transgressions or sins, they would not have been spiritually dead? That there is a possibility that there might be such a person who can defy the principle that all have sinned and fallen short of God’s glory?

Actually I must confess that there is a bit of malice in my thought as I discovered another such gross error in this translation; it proves my point that it is incumbent upon the reader of even such revered text as Scriptures to be vigilant in checking everything that is read against as many known and clear foundational truths as possible to avoid errors in interpretation or translation. The English versions simply help confirm the error in the Vietnamese translation, but even without them, the error is easily spotted if the reader is well equipped with a comprehensive set of basic truths.

The Vietnamese translation gives the impression that if someone can resolve to not commit the sins and trespasses, they can be spiritually alive, but both Romans 3:23 quoted above, and 1 John 1:8,10 says otherwise, that it is impossible for anyone to be without sins.

But let us revisit the problematic Vietnamese translation of the verse so we won’t lose track of why we get here: “As for you, you were dead BECAUSE OF your transgressions and sins.” We know from the very basic understanding of the gospel that we are dead not because of the things that we do—the bad things that we do or the good things that we fail to do—, but because of who we are: sinners in need of God’s grace and mercies. We’re sinners even if we haven’t committed any sins common to man, as it is written in Romans 5:12-14:

“Therefore, just as sin entered the world through one man, and death through sin, and in this way death came to all men, because all sinned – for before the law was given, sin was in the world. But sin is not taken into account when there is no law. Nevertheless, death reigned from the time of Adam to the time of Moses, even over those who did not sin by breaking a command, as did Adam, who was a pattern of the one to come.” (Romans 5:12-14)

Being dead versus being alive

If the Vietnamese translation of Ephesians 2:1 holds true, people are only spiritually dead when they commit certain sins or trespasses, so when they don’t sin, assuming it’s possible, or that they have adequately paid for their sins—through means such as confession which I don’t believe they can—, they’re spiritually alive. This assumption also runs against the truth put forth in Scriptures about what makes sinners come alive: the indwelling Spirit who is given to believers upon their faith in Christ. Let’s keep in mind that it’s their faith in Christ that counts, not their ability to resist sins.

In the mindset of the Vietnamese version of Ephesians 2:1, believers are like a yo-yo in their being dead and alternately being alive, as often as in their sinning and not sinning. This pattern of life may be reasonable under the Old Covenant, but it’s no longer so under the New Covenant. Under the old, the offering for the remission of sin was repeated over and over again because sin was never completely erased, but under the new, Christ was offered once for all and never to be repeated again. So for those who were dead and brought back to life through the faith in Christ, and if they, “BECAUSE OF” their sins and trespasses, become dead again, and since Christ cannot be crucified again, how are they to become alive again? Through confessions of their sins? No, this cannot be, since “without the shedding of blood, there is no remission of sins.” (Hebrews 9:22).

Reverting back to the old way

The mistranslation of Ephesians 2:1 is not simply an error in translation, it’s emblematic of man’s tendency to rely on the flesh no matter what Bible versions, hence their reliance on the keeping of the law to walk with God. This is also reflected in the misinterpretation of many passages of Scriptures though they may have been correctly translated.

Since Christ died once for all for sin, a believer also becomes alive in the Spirit once for all as they entered the trust relationship with God in Christ. The faulty belief causes them to doubt the assurance of salvation, as they think their sins and trespasses cause them to die again, and so they’re thrown back into the loop of trying to find remedy for their sins, with “sin confession” as one among many means to ease their guilty conscience. And so they’re sent back to the desert for a complete and symbolic forty years of desert of frustration and toil.

As for you, you were dead in your transgressions and sins. (Ephesians 2:1)

The English translation is already correct. You were dead, just as Adam and Eve of old were dead, just like the rest of mankind who were born in corruptible flesh. All your transgressions and sins were but inevitable fruit of your flesh in which you are struggling until the day the Lord gives you an incorruptible flesh (1 Corinthians 15). 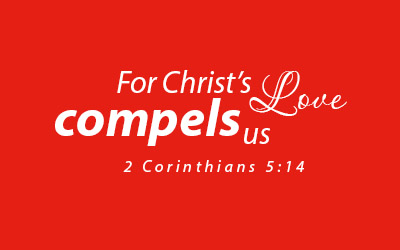 The Gospel, The Freer The More Sanctifying 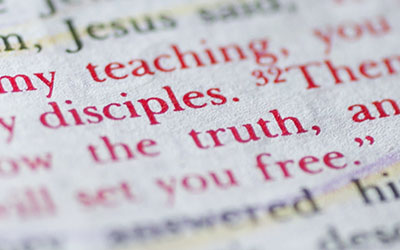 Out Of One Danger, Into Another